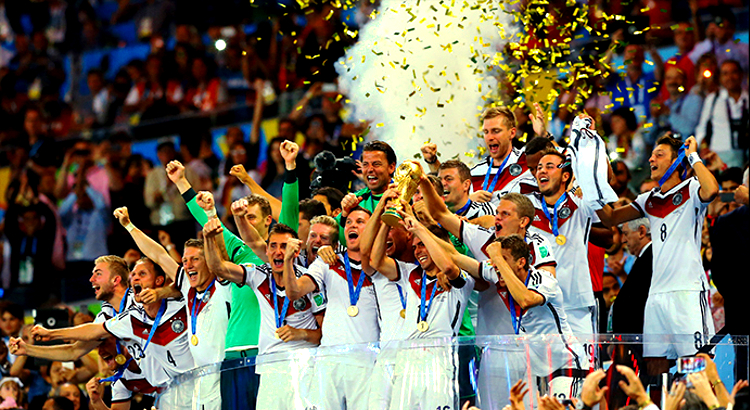 It was surely one of the best match I’ve seen in my life. As a so-so football fan, it was the best decision ever to went to the viewing party at Kelana Jaya, well, since I am a hardcore HyppTV user. (HyppTV don’t get to air the World Cup 2014 match even if it was aired from TV1)

Germany are champions of the world again after snatching victory against Argentina in the soccer showpiece with a superb extra-time goal from baby-faced Mario Goetze to lift the trophy for the first time since 1990.

Hatched from the agony of their recent near-misses, Germany’s triumph secured a fourth World Cup title – their first since the country was reunited 24 years ago – with a nail-biting 1-0 win in Sunday’s final at the sprawling Maracana.

The win, sealed by substitute Goetze’s brilliantly taken strike in the 113th minute, marked the first time a European country had won the sport’s greatest prize in the Americas, although this World Cup was ultimately a triumph for all.